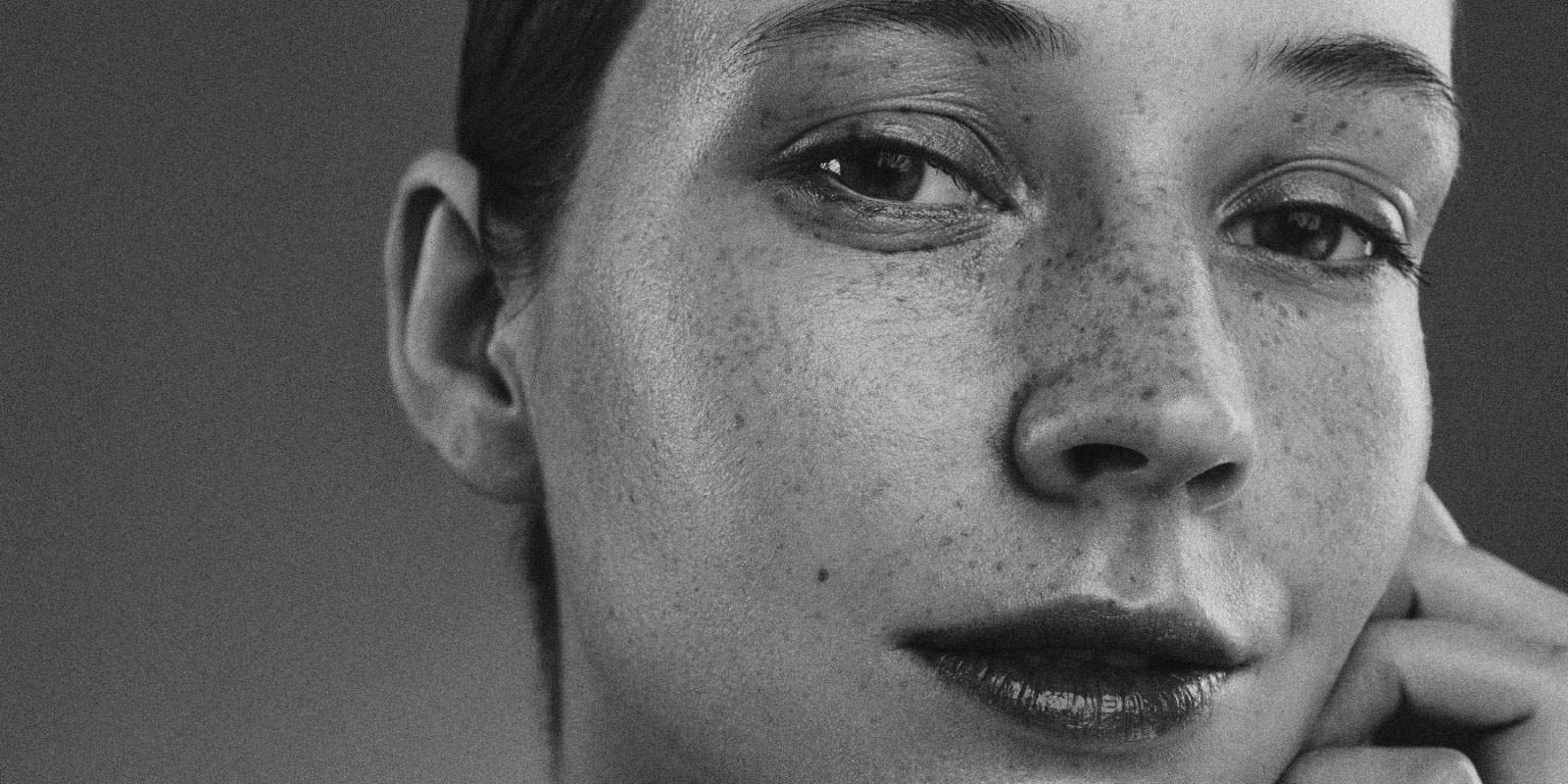 Asians are blessed with naturally smooth skin. However, there are downsides to our porcelain complexion. We are more prone to experiencing pigmentation problems. From freckles to the much-dreaded melasma, a majority of women will begin to find areas where the skin begins to darken on the face as a result of the sun, chemicals and other hormonal changes. This causes the increased production of melanin at certain parts of the face leading to those unflattering dark spots.

Most commonly, it is hyperpigmentation that plagues the majority of the population. This broad category can be further divided into 3 subgroups:

Melasma: It causes dark discoloured patches on the skin and is common among women ages 20-40. Also known as the 'mask of pregnancy', it is believed that hormonal changes during the childbearing period, as a result of taking birth control or stress can lead to the flair up of melasma.

Sun Spots: It goes by many names, liver spots, solar lentigos and age spots. Sun spots cause the formation of light to dark brown spots on the skin. The culprit that causes this is mainly ultraviolet rays from the sun. It speeds up the production of melanin in the skin at an uneven pace due to the sun damage. This means that certain parts of the skin darken while the rest remains light marring our perfect complexion. This is more common among individuals who have fairer skin.

Post-inflammatory Hyperpigmentation (PIH): This is a pigmentation that results after an episode of inflammation to the skin such as acne, chemical peels or eczema. This condition is more common in people of darker skin tones and can appear as small to large patches of pink, light or dark brown coloured skin.

With so many of us being prone to such issues regardless of skin colour, more and more people are looking into ways of removing pigmentation. One area that has seen success in the fight against hyperpigmentation is in the field of laser treatments.

How to Remove Pigmentation with Laser

As mentioned above, hyperpigmentation or PIH manifests on the skin and surrounding tissues in many ways. Methods to treat pigmentation can work for one person but worsen symptoms in another and even cause side effects. Types of pigmentation are further complicated when layered on top of fine lines, sun exposure damage, pigment tattoos and adverse reactions to sun protection. The challenge practitioners face is in finding the best solution that works for each individual.

At Cambridge Medical Group, we focus on treating various forms of pigmentation with laser treatments. We strive to deliver the best combination of treatments and products to solve pigmentation problems by constantly updating our practice with the latest proven treatment techniques. The Pico Laser in Singapore is the latest pigmentation laser added to Cambridge’s arsenal in our fight against skin pigmentation.

How Does Picocare 450 Laser Remove Pigmentation?

While picosecond lasers (also known as ‘pico lasers’ in short) are still deemed relatively new in Singapore, the second generation Picocare 450 ND: Yag is even more superior by being the 1st and only FDA-cleared Pico laser system for pigmentation removal treatment and skin rejuvenation.

This works by directing laser energy into the skin which is absorbed by the pigments. It effectively shatters the pigments into smaller more manageable fragments. This damage to the pigmentation triggers the body's immune response and begins the removal of these broken pigments.

Many in the medical aesthetics field would agree that there is no such thing as the perfect laser for the treatment of pigmentation problems. However, there is a better laser.

Before the advent of the Pico Laser, the market was dominated by nano or Q-switched lasers. These lasers were touted for their ability to remove pigmentation back in the day. However, they did not come without their side effects. Since these lasers were exposed to the skin for a longer period of time, it generated a significantly larger amount of heat on the skin. This heat gave rise to painful consequences such as blistering, scarring, discolouration and worst of all PIH worsening the problem instead of getting rid of it.

PICOCARE 450 uses the Pico laser which emits the shots of lasers at a significantly faster pace operating on 350ps on 785nm wavelength. It generates a photoacoustic shock wave that shatters pigments into minute fragments with expert precision. The shock wave is delivered at a trillionth of a second and it is this speed that allows or the minimal generation of heat. It is able to reach the target area and dissipate so fast that the skin would not be able to absorb the heat generated.

What Does With Picocare 450 Treat

Who Is Suitable For PICO Laser?

This Laser Treatment is performed as a medical-grade treatment in Singapore. As such, we highly recommend patients to book an initial consultation with the doctor to gauge the effectiveness of the Pico Laser Pigmentation Removal Treatment. Depending on the diagnosis, the doctor will then prescribe the most suitable treatment for you. Thus far, it has been proven to effectively reduce:

Dr Lee Mun Heng is the key opinion leader and regional trainer for the Picocare 450 Pico Laser in Singapore as recognised by Wontech Korea, the manufacturer of Picocare 450. 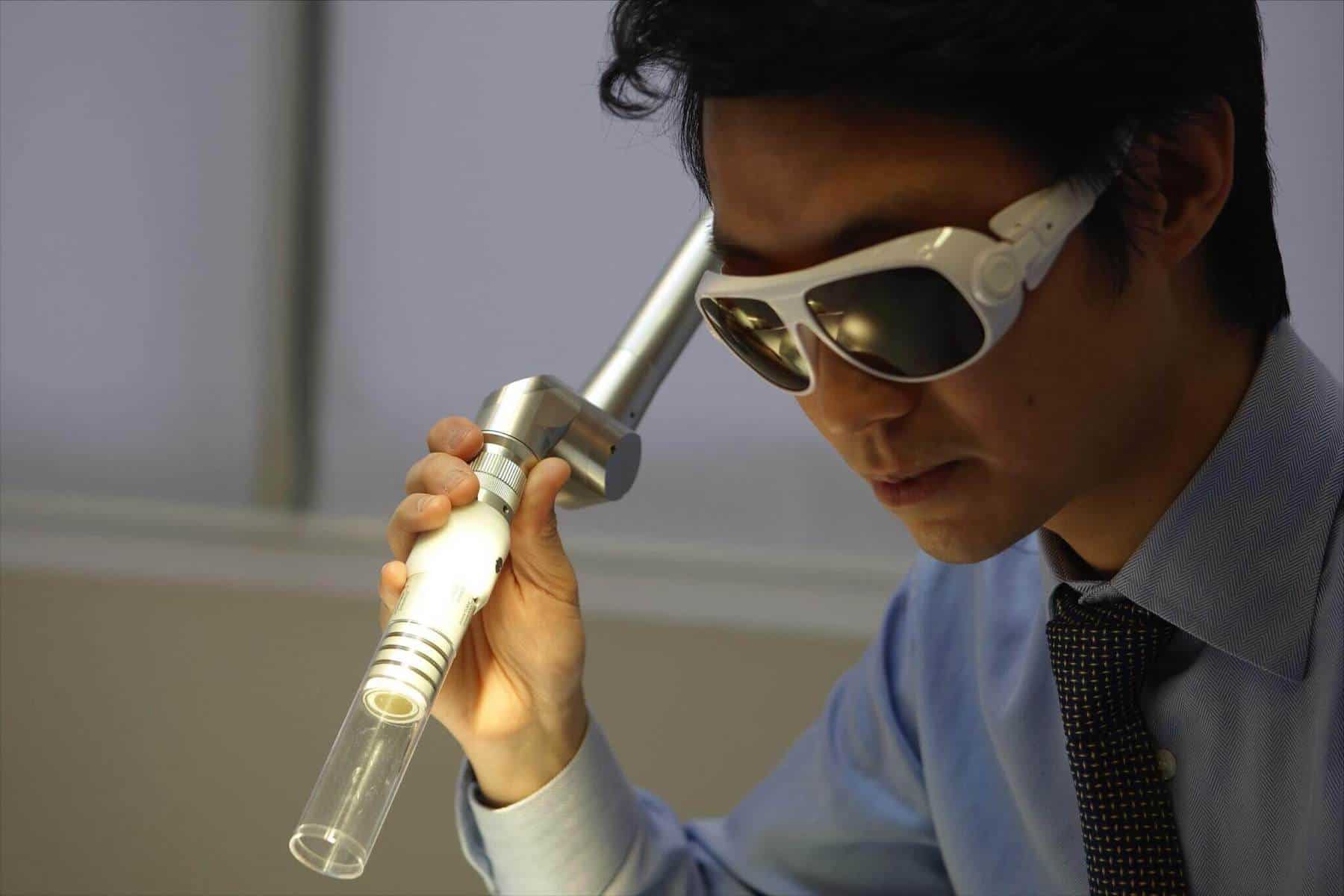